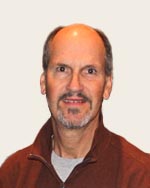 My interest in collecting was fueled by my dad’s passion for hunting and collecting great old decoys. It was and is, in large part, how I have stayed connected to him since his passing many years ago.

Background: Jeff spent over 30 years in the marketing/advertising business with a top 10 U.S. advertising agency developing communications for the likes of Chevrolet, US Postal Service, US Navy, and General Motors.

Other Involvements: Jeff is also a member of the Great Lakes Decoy Collectors Association and the Canadian Decoy and Outdoor Collectibles Association.