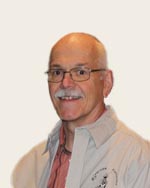 My passion for duck hunting was the catalyst for my fascination with duck decoys. That fascination lead to the discovery of the great Detroit area factory decoys, particularly those made by Jasper Dodge which resulted in a book I co-authored on the subject.

Other Involvements: Bill is co-author of the seminal book on Detroit factory decoys, Detroit Decoy Dynasty–The Factory Decoys of Petersen, Dodge, and Mason.

The Collector: Fueled by his early passion for waterfowling, Bill began collecting in 1969, which later evolved into an interest in factory decoys, in particular those made by Petersen, Dodge and Mason.